Some executives and thinkers from the US "high-tech" business segment have formed a group to influence US policy in the technological competition with China, as described here.

China plays by a different set of rules that allow it to benefit from corporate espionage, illiberal surveillance, and a blurry line between its public and private sector, the report says.

No chance of that in the USA, of course.

From a list of changes these wizards desire are two that have been on the list for years:

The US needs to build an "education system that prepares researchers for industry roles", such as investing more in science and technology education and "addressing the current bottlenecks in immigration policy" to cope with the declining stay rates of foreign talent.

Yes, the most profitable businesses in world history want the general public, through their taxes and public education system, to supply the raw material for their generally abstract business model. And they also want the freedom to import new employees that can displace or compete in terms of compensation in the US marketplace.

One of the great mysteries of the current state of affairs is that giant corporations expect to see lines of highly qualified STEM grads knocking at their doors, select the best for their operation and insert them directly into their work force. In an alternate reality, these businesses would attempt to identify possible research stars as early as possible, enroll them in their own schools and universities and then put them to work later. They would actually get what they wanted. Unfortunately, they'd also have to pay for it.

Posted by Pulverized Concepts at 8:11 AM No comments:

A federal indictment has charged a Houston, Texas woman with female genital mutilation for bringing an unnamed girl to a foreign country for the operation, a social/religious one that occurs in parts of Africa and Asia, according to this account.

Unpleasant and gruesome as this procedure seems to be, it happens all over the West many times daily. Of course, I'm referring to the barbaric practice of male circumcision. Since it's performed on newly-born boys, who are expected to scream for any old reason, little attention is paid to their discomfort and the victims are unlikely to sue their parents upon attaining majority. Nobody calls it child abuse.

Posted by Pulverized Concepts at 11:14 AM No comments:

This Newsweek article describes the problems and expenses involved with the execution of those given the death penalty for federal crimes.

Sure, anything that involves the federal government is going to be expensive. But the main objection is that the Trump administration has, after an hiatus of 17 years, resumed federal executions, especially in the Covid panic era, even putting female offenders to death.

Having a personal opinion on the death penalty in any circumstance isn't germane to this topic. In 1994 the Biden Crime Bill was passed by the US Congress and signed into law by President Bill Clinton. It added the possible death penalty to over 60 federal offenses. Those convicted of them were sentenced to death by federal judges. While there are always appeals processes attached to these sentences, at some point, usually in the distant future, the gallows, gas chamber or lethal injection has to come into play. However, an inmate's sentence can be commuted by the head of the US Justice Department, the President.

Perhaps not so oddly, while the Trump administration, and Trump personally, are being castigated for a lack of mercy and a disregard for the expenses involved in capital punishment, zero attention is being paid to both the Democrat 1994 Crime Bill and the federal judges who impose the death penalty. Saddling Trump  with the obligation to overturn the death penalties decreed by members of the federal judiciary doesn't make any sense. In fact, in the stories of the various murderers and their crimes, the identity of those who decide their punishment is seldom discussed.

If the federal death penalty is something to which a significant portion of the population is opposed, they should take their objections to their congressmen and to the new administration and its head, who worked hard to legislate the very punishment they abhor.

Posted by Pulverized Concepts at 5:44 AM No comments:

On May 28, 2018 a Duluth, Minnesota, police K-9 staying at a motel in Warroad, MN, seriously chewed up a maid. Nine hundred and fifty-eight days later the City of Duluth voted to settle a suit brought by the victim for $50,000, as explained here. 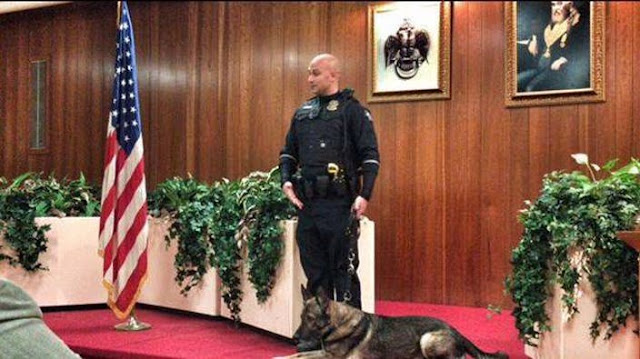 Maybe paying for dog bites is just one of the incidental expenses of city government.

Posted by Pulverized Concepts at 6:12 PM No comments:

Who Needs To Know This? 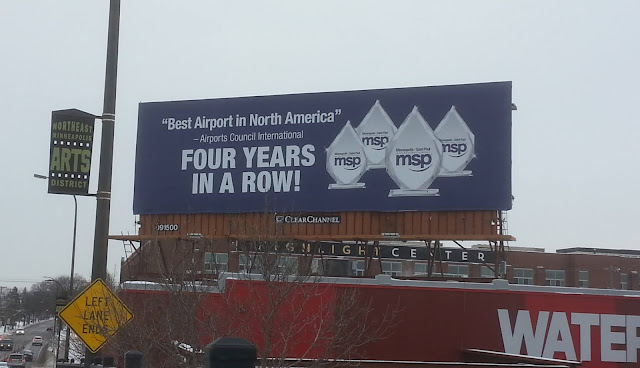 An outdoor advertisement that serves exactly what purpose? The airport is local monopoly and public institution. It's not in competition for customers. No traveler in the Twin City area weighs the advantages and disadvantages of a flight from MSP to ORD or LAX to those destinations from St. Cloud, Rochester, Sioux Falls or Des Moines. In fact, most air travelers simply go to the closest airport regardless of inferior fast food or skimpy newstands.

Billboards are one of the more expensive methods of advertising. Maybe MSP could have taken the money spent on this silly sign and used it to improve rest room conditions or speed up the check-in process. Or perhaps the airport is so awash in cash that it needs to get rid of some of it.

Posted by Pulverized Concepts at 12:59 PM No comments: 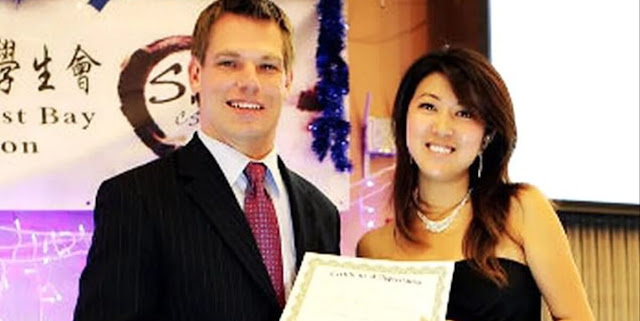 There's been something of an outcry over the idea that a US Representative with a seat on House Intelligence Committee has perhaps engaged in sexual hanky panky with a lady that might be an employee of Chinese intelligence. Writers like Thomas Lifson of the American Thinker can come up with all manner of reasons why this kind of behavior might spell the end of the American empire. Really?

Accepting the fact that Swalwell probably doesn't have a Mensa membership card and received his committee spot from fellow Californian Nancy Pelosi as a spoils grant that wasn't based on a merit test, why should we care? Sure, we should recognize the fact that if Swalwell had a germ of intelligence he would have used his international relationship from 2015 as evidence that he was investigating the lady himself.

But no, we are to believe that any normal male that engages in coitus with a female is highly likely to reveal state secrets in the relaxation of its aftermath. People have read too many silly books  and watched too many James Bond movies.

How do we know that Chicom interrogators aren't even now performing their version of waterboarding on Christine Fang to discover how much she has failed to reveal about the inner workings of Swalwell's mind? In fact, the US intelligence community, all of those acronymal agencies, should regularly publish lists with the name, address and phone number of suspicious Chinese babes that healthy, young American males can seek out for the very purpose of compromising themselves for the country's advantage. Isn't there a chance that they could turn these foreign vixens into intelligence assets with a memorable roll in the hay?

Or is this further evidence, if any is needed, of the feminization of America, where women, even women from the hell on earth that is China, are far more wily than American political figures?

Wait a minute! I got it backwards. Swalwell is one of a little more than 500 of the most powerful government figures in the country and hence one of the most powerful figures of that kind in the world. A living symbol of white, male privilege. Poor Feng Feng, probably an orphan or maybe a teen-age runaway, has been forced into espionage by the power-mad CCP in its goal of erasing their biggest market from the face of the earth. We should incarcerate Swalwell for being, well, for being who he is, and request that the CCP send Fang Fang back to the US where she can enroll in some sort of diversity course at Cal State Fullerton or Bezerkley.

How the 2002 Breeder's Cup Foreshadowed the 2020 Election

The US media has dismissed as an impossibility that the 2020 presidential election could have been won through manipulation of computer voting tabulation. Too many people would have to be involved. It couldn't be kept secret. Where's the evidence?

Maybe none of these ink-stained wretches had a Pick-6 ticket on the 2002 Breeder's Cup. The Classic, most important race on the card, was won by 43-1 shot Volponi and the result was that only one valid ticket had been purchased. It could have been cashed for $3.1 million. That's a substantial amount of money but it's really a child's piggy bank stash in comparison to the dough involved in the presidency and its camp followers.

Like election votes, horse race bet tickets are made all over the country and aggregated at the home track, Arlington Park in Chicago in this case, but by Autotote at its office

Authorities immediately smelled a rat, discovered the mechanics of the fraud, and eventually the three conspirators went to the big house. If there had been more involved they would probably never have been discovered.

So altering computer outcomes is no big deal. Those who doubt that the Nov. 3 fiasco of democracy couldn't have been decided by fraud have a pre-digital naivete'.

Posted by Pulverized Concepts at 7:57 AM No comments: