This article from the Milwaukee Journal Sentinel takes Sen. Ron Johnson to  task for holding LBJ era social programs responsible for the huge increase in unwed motherhood from that time to this.

Writer Daniel Bice points out that the unrelated Texan Johnson has been dead for fifty years, just in case you've forgotten. He admits that while births to unmarried women went from about 5% in the infertile sixties and skyrocketed to over 40% by 2019, there were many causes for the dramatic increase in addition to government subsidies for children born out of wedlock (and their mothers).

As every sentient being realizes, when the government pays for things, more of those things are produced, not only aircraft carriers and interstate highways, but also children.

Bice says that some authorities point out that other factors are involved as well.

There has been a rise in cohabitation, more permissive sexual mores, a decline in shotgun weddings, easier divorce laws, a drop in manufacturing jobs for males without college degrees and greater financial independence for women.

The rise in cohabitation and more permissive sexual mores are basically the same thing but cohabitation isn't permitted by child support regulations. "Shotgun weddings" are frowned upon by law enforcement and the judicial system, which also determines the child support amounts and schedules. Divorced women aren't the problem in this issue, generally having been married before or after giving birth. He doesn't demonstrate how the effect of job loss among ignorant males and financial independence for women figure into a steady increase in illegitimacy, which is a ridiculous term for the birth of a child in what is supposedly a civilized society. All children are "legitimate".

His argument doesn't approach the real situation. Women, even teen-age Jezebels, have agency. They are able to make decisions about their life and act on those decisions. Women decide with whom and when they are going to indulge in sex. In spite of the easy availability of birth control products they choose to either risk pregnancy or seek it. A  certain percentage of women observe the happenings around them and decide that life will be economically easier for them with children and a government stipend. Not only that, financial independence means they won't have to put up with lazy Floyd leaving his dirty socks laying around after stumbling home from the saloon.

Posted by Pulverized Concepts at 2:09 PM No comments:

As a member of the medical profession the individual physician is an inextricable part of a scientific team. Experiment is the method of science, and the records he keeps—if he likes it or not—are part of the data for a scientific enterprise. Each treatment is one more repetition of an experiment with a statistically known probability of success. As in any operation that constitutes a genuine application of science, failure is said to be due to some sort of ignorance: insufficient knowledge of the laws that apply in the particular experimental situation, a lack of personal competence in the application of method and principles on the part of the experimenter, or else his inability to control that elusive variable which is the patient himself. Obviously, the better the patient can be controlled, the more predictable will be the outcome in this kind of medical endeavor. And the more predictable the outcome on a population basis, the more effective will the organization appear to be. The technocrats of medicine tend to promote the interests of science rather than the needs of society. The practitioners corporately
constitute a research bureaucracy. Their primary responsibility is to science in the abstract or, in a nebulous way, to their profession. Their personal responsibility for the particular client has been resorbed into a vague sense of power extending over all tasks and clients of all colleagues. Medical science applied by medical scientists provides the correct treatment, regardless of whether it results in a cure, or death sets in, or there is no reaction on the part of the patient. It is legitimized by statistical tables, which predict all three outcomes with a certain frequency.

The individual physician in a concrete case may still remember that he owes nature and the patient as much gratitude as the patient owes him if he has been successful in the use of his art. But only a high level of tolerance for cognitive dissonance will allow him to carry on in the divergent roles of healer and scientist.

Posted by Pulverized Concepts at 4:48 PM No comments:

Hennepin County Sheriff David Hutchinson has been sentenced after pleading guilty to a fourth-degree DWI last week. The charge is connected with a rollover crash Hutchinson got into near Alexandria on Dec. 8.

According to court documents, Hutchinson received a 90 day stayed sentence to Douglas County Jail, a $610 fine and two years of probation. As part of his probation, Hutchinson must complete a chemical assessment, have no driver license or alcohol violations and must abstain alcohol and controlled substance use, with the exception of prescribed medications.

Hutchinson released a statement after pleading guilty to one count of operating a vehicle under the influence, saying in part that he is enrolled in an outpatient treatment program to address his "issues with alcohol" and his "overall health."

"This is the first step in the road toward recovery and regaining the trust of the people I work with and the residents of Hennepin County whom I serve," the statement went on to say. "I have returned to work and will focus on my duties as Sheriff."

Hutchinson was attending the Minnesota Sheriff's Association 2021 winter conference at the Arrowwood Resort in Alexandria on Dec. 8.

At the time of the crash, Hutchinson was the only person in the vehicle, which was owned by Hennepin County.

Hutchinson was originally three additional charges, including driving while impaired, operating a motor vehicle with a blood alcohol content of .08 within two hours and carrying a pistol under the influence of alcohol. The first two were dismissed because he can only be convicted of one DWI charge per incident, and prosecutors agreed to a continuance for the fourth.

No word if Sheriff Hutchinson's driver's license will be suspended, as it would be under similar circumstances for an ordinary citizen. Normally those convicted of DUI in Minnesota are required to replace their standard issue license plates with ones bearing a "W" prefix which allows law enforcement to stop them without probable cause but the account doesn't indicate if that will be a requirement for Hennepin County's top cop. No doubt there was some form of insurance to cover the destruction of the city-owned squad car but it seems reasonable that the company providing the policy would have  doubts about being responsible for future damages caused by an intoxicated sheriff, as they would for a badgeless driver.

Interestingly enough, other accounts of this accident, and Sheriff Hutchinson's own narrative, frame the issue in terms of his "health", painting driving while intoxicated as a health issue rather than being a criminal act that is one of the most condemned violations of the social contract. We, and Sheriff Hutchinson, should be very thankful that no innocent person came to harm from his illegal and immoral behavior, rather than a symptom of a hypothetical disease.

It's obvious that no licensed law enforcement officer should be allowed to ingest drugs or alcohol at any time during their employment. Random 24/7 testing by independent laboratories should be required in all employment contracts. Positive tests should result in dismissal.  Professional cycling racers live by this regimen but don't legally have access to high-powered automobiles and firearms.

The supposed downside to such a policy is that few would wish to become a cop under those circumstances. That idea would seem to indicate that the country is overwhelmingly populated by drunken dope addicts and that a certain proportion of them are needed to enforce laws that they violate themselves. Maybe that's true.

Posted by Pulverized Concepts at 7:29 AM No comments:

Speaking to the US Senate Foreign Relations Committee, Under Secretary of State Victoria Nuland explored possible ways that Washington could punish Moscow for any military incursion.

“What we are talking about would amount to essentially isolating Russia completely from the global financial system, with all the fallout that would entail for Russian businesses, for the Russian people, for their ability to work and travel and trade,” Nuland said.

So the Russian population is to pay the price for its government's disagreements with that of its US counterpart. 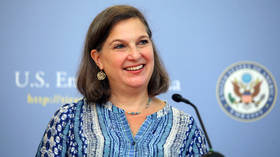 Posted by Pulverized Concepts at 4:55 AM No comments:

How many US police departments have ordered electric vehicles for use as squad cars?

Posted by Pulverized Concepts at 7:54 PM No comments:

A Mayo Clinic study of the efficacy of masks in preventing the spread of the Covid-19 virus was announced on July 29, 2021.

That's what Mayo Clinic researchers say they proved in a recent study.

"We found objectively that masks are critically important. They're very effective at protecting the people around you. If you're wearing a mask, you're protecting others. If they're wearing masks, they're protecting you," says Dr. Matthew Callstrom, a Mayo Clinic radiologist and one of the study's authors.

The experiments used masked and unmasked mannequins that simulated the spread of respiratory droplets and measured it at various distances.

Evidently this study assumes that inanimate mannequins can effectively simulate human behavior, probably through pumping out some identifiable aerosols from one mannequin to another masked or unmasked dummy and determining if the intake of the aerosols can penetrate a mask. This experiment probably isn't as exciting as the famous crash test dummies that proved wearing seat belts in the car helps prevent injuries in  accidents, as if that wasn't obvious.

OK, we're also assuming that in the real world the masks are being worn properly, as they no doubt are in the study. Furthermore, what does the word reduced signify? Is transmissibility greatly reduced or reduced just a little? What distances are involved? And, as always, there's no mention of used mask disposal in the prevention of the spread of a highly contagious disease.

Keys To Taliban Success Ignored By The Media

This article from Aussie Arts and Letters shows how the Taliban managed to sweep over Afghanistan and depose its government.

First, and foremost, was the Taliban's embrace of the smart phone, which has also played a primary role in illegal immigration throughout the world. The Muslim jihadis used the ubiquitous mobiles to both coordinate their own movements and also to gather information about government positions and activities. Smart phone records were used to obtain useful information from all over the country. It's obvious that any government wishing to maintain its primacy needs to be able to control cell phone use. In fact, in areas of the country the Taliban itself controlled phone usage. Smart phones played a huge role in the riots after the death of George Floyd in Minneapolis and in other cities as well. 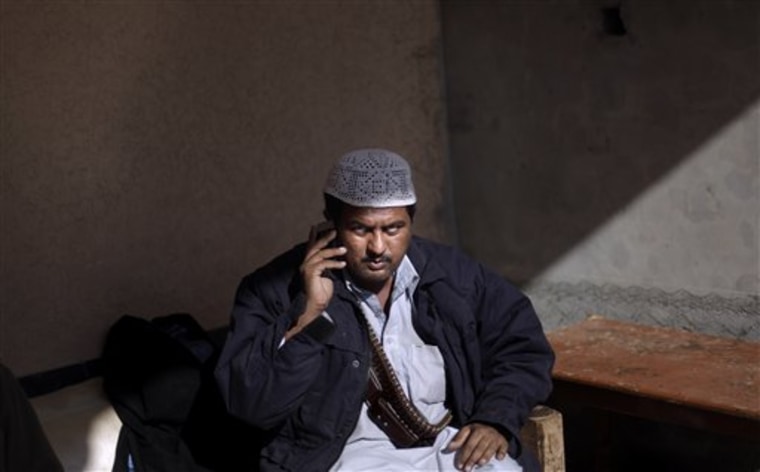 Read more »
Posted by Pulverized Concepts at 9:15 PM No comments: